One of 4 Mental Health Institute’s in the State of Iowa. – the others being Mt. Pleasant, Cherokee and Clarinda.

The “Mission Statement” of the Mental Health Institute, Independence is “To assure that the mentally ill adult citizens of Northeast Iowa and mentally ill children from Eastern Iowa have the opportunity to attain their maximum level of functioning by having available highest quality of inpatient psychiatric care through the institute.”

The “Vision Statement” of the Mental Health Institute, Independence, is “To foster a therapeutic environment for persons with mental illness, which preserves patient’s self-respect and dignity, assures optimum care and treatment, and enhances patient functioning and independence.”

During the middle of the 19th century, at about the time the Civil War was drawing to a close, there was a growing incidence of mental illness in Iowa.  At that time, there was only one state facility for the mentally ill, located at Mt. Pleasant in the southeast corner of the state.  In operation but a few years, it quickly became overcrowded.  A bill passed by the Iowa Legislature on April 6, 1868, appropriated money for the building of a second hospital for the insane.  It was to be located west of Independence.  The new asylum became a reality when the doors opened and patients admitted on May 1, 1873.  It was built at a cost of $845,000 and took 10 years to complete.  The walls of the main building are made up of stone taken from the quarries around Farley and Stone City, while the foundation is of prairie granite.  The latter was a plus for the State of Iowa, as the contractor was not obligated to use material this durable.  There was a lot of prairie granite laying in the fields in this area during the mid-19th century.  There was a French influence here in the mansard roofs, lofty arched windows, decorative slating, bracketed eaves, domes, corner towers and ornamental roof turrets.  Due to circulation capabilities, the main building was credited with contributing to the physical heath of patients during those early days.

The landscape artist, J.J. Weidenmann, was a professional of some renown, for he did the State Capitol grounds in Des Moines, as well as some work on Central Park in New York City.  He was employed here to furnish all the plans for improvement of the grounds, drainage, roads, drives and walks, grading and lakes, also a map for guidance of the gardener in the planting of trees.  This work, incidentally, was done largely by patients treated here at the time.

The landscape gardener, in those early years, was a man by the name of Jonathan Bland. His roots were in England.  Before alighting in Independence, he stopped off to landscape the parks in Toronto, Canada.  During Bland’s time, there were 300 acres of garden at this hospital, the entire grounds being laid out in floral gardens, with paths running through them.  According to legend, following a request by the Superintendent’s wife, Bland took to growing chrysanthemums one summer and by November he had some that were “at least a foot in diameter.”

Many changes have taken place at the Independence facility over they years.  The name has changed at least twice.  In the beginning, it was known as the Hospital for the Insane, or the Insane Asylum.  Later, it was re-named The State Hospital, and then the Mental Health Institute, one of four in the Iowa Department of Human Services umbrella.  There was a time, many years ago, when this hospital, like many others over the land, was a custodial facility, with patients staying here for long periods.  A sizable number spent the greater part of their lives here.

Over a 10 year time span, from 1937 until 1947, there were just under 1,800 patients residing here daily, with an average yearly admission rate of 700.  Needless to say, the hospital in those times was very overcrowded and the care minimal.  Patients, in effect, were warehoused.  Progress began shortly after the end of the Second World War.  The really big assist came in 1957, when an enlightened legislature placed emphasis on recruiting qualified professional staff, in lieu of stressing more ‘brick and mortar.”  This, combined with the advent of newer treatment methods, especially psychoactive medications, led to creation of an active treatment program

Today staff members provide other consultative services throughout our catchment area in eastern Iowa.  They feature an active Speaker’s Bureau that has expertise on a variety of topics related to mental health.  They also host seminars for county officers, judges, lawyers, doctors, and others, so to achieve a better understanding of mutual problems.  Nursing Education conducts two-day and five-day training sessions on matters relating to nursing techniques, communication skills, chemical dependency and so on.  They work closely with county care facilities, nursing and custodial homes, and with private physicians.

Tours of the hospital can be scheduled and are available (throughout the year) to schools, groups and organizations.  Contact 319 334-2583 or writing to the Mental Health Institute, P.O. Box 111, Independence, Iowa 50644 for making tour arrangements.

Included on the tour, if desired, is a visit to the “Days of Yore” museum which is a repository of items and equipment on display from another era that draws attention to the history of the hospital. 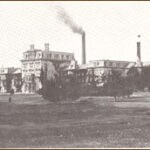 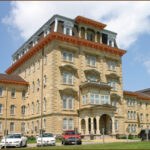